Redbridge Borough has an eviction rate of 25.5 per 1,000 renting households – the 4th highest in the capital, according to Trust for London.

To understand what this ratio actually means in real terms, you should also know that of the estimated 102,100 homes in the borough today, around 23,500 at least are almost certain to be privately rented.

The proportion of households living in the borough’s private rented sector has grown from 15 per cent in 2006 to 23 per cent in 2016. However, the real figure for privately rented properties is now likely to be very much more, and on the rise as ongoing area regeneration (since 2010) and property development, together race to meet the imminent arrival of Crossrail in 2019.

Compliance with an ever-increasing number of regulations

A private landlord who is serious about wanting to look after his property investment(s) will turn to a property management solution. The everyday practical benefits and financial advantages over the long term cannot be under-estimated. A full-service professional property management agency will directly handle all aspects of marketing, tenants, rentals, maintenance and repairs, complaints, and of course, evictions.

Importantly attention is increasingly needed to ensure compliance with latest regulations. For example, it’s likely that Redbridge borough landlords would have heard that in December 2016, the government had agreed to introduce the very first ‘selective licensing’ scheme under the Housing Act 2004.

‘Selective licensing’ is a requirement for whole or parts of a borough. As a result, in May 2017, Redbridge Council introduced a compulsory registration scheme, which requires all landlords to hold a separate licence for each private accommodation they rent out in the Borough. The compulsory license fee for each property – which remains in force for five years – is £500.

The scheme is intended to ensure that landlords meet the necessary safety standards and comply with key safety conditions, including ensuring each property possesses a current, valid Gas Safety certificate, working smoke alarms and safe electrical appliances. Landlords will also be required to comply with a number of conditions, such as resolving a tenant’s anti-social behaviour and making sure properties are clean, of a good standard, and not overcrowded. Landlords will also have to advise and remind tenants of their responsibilities for the storage and disposal of household waste.

More than one type of licence required

Depending on the way the property is occupied there is actually more than one type of licence required. A landlord will need to possess one of the following license types:

Selective licence – for a property rented by a single family household or shared by two unrelated tenants.

Additional licence – for a house in occupation that is shared by three of more tenants living in two or more separate households. This excludes houses in multiple occupation that require a mandatory licence.

Mandatory licence –  for a house in multiple occupation that is three or more storeys, shared by five or more people living in two or more separate households.

Failure to obtain a Selective licence or adhere to licence conditions will result in enforcement action and a large fine.

The scheme was first rolled out in Clementswood and Valentines wards, while awaiting approval by the Secretary of State to be extended in September to a further 12 wards in the borough, including Goodmayes and Seven Kings.

Most private landlords will probably know about the Housing Act 1988 covering types of tenancies and, in particular, Section 21, which relates to possession orders. Another item of legislation, which was introduced in 2007, requires a landlord to hold a tenant’s deposit and to register within 30 days with a recognised Deposit Protection scheme.

Increasingly, landlords are being caught out by not knowing what they can and can’t do when renting out their properties, or in some cases, choosing to ignore the regulations. In April 2017, the GLA announced it would develop a “publicly accessible database” with details of landlords and letting agents who have been prosecuted by London boroughs for relevant offences, and which would enable the public to report a landlord or letting agent to their local authority.

As the rules and guidelines continue to tighten, busy landlords are increasingly relying on a  property management solution, which will not only maximise their investment and ongoing rental yield but also ensure compliance with latest regulations and avoid stiff financial penalties or prosecution. 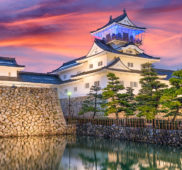 Half of Tenants Ill Due to Condition of Their Rented Property 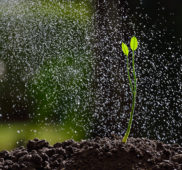